Guide to Regular Expressions in JavaScript

Everyone working with JavaScript will have to deal with strings at one point or other. Sometimes, you will just have to store a string inside another variable and then pass it over. Other times, you will have to inspect it and see if it contains a particular substring.

However, things are not always this easy. There will be times when you will not be looking for a particular substring but a set of substrings which follow a certain pattern.

Let’s say you have to replace all occurrences of “Apples” in a string with “apples”. You could simply usetheMainString.replace("Apples", "apples"). Nice and easy.

Now let’s say you have to replace “appLes” with “apples” as well. Similarly, “appLES” should become “apples” too. Basically, all case variations of “Apple” need to be changed to “apple”. Passing simple strings as an argument will no longer be practical or efficient in such cases.

This is where regular expressions come in—you could simply use the case-insensitive flag i and be done with it. With the flag in place, it doesn’t matter if the original string contained “Apples”, “APPles”, “ApPlEs”, or “Apples”. Every instance of the word will be replaced with “apples”.

Just like the case-insensitive flag, regular expressions offer a lot of other features which will be covered in this tutorial.

Going back to the previous example, here is what the replace() method would look like with a regular expression and a simple string.

You should note that only the first matched character is replaced in the third case. You can also use flags to replace all the matches. We will learn about such flags later.

Just like\dand\D, there are other special character sequences as well.

Sometimes, you will face situations where you need to replace a word with its substitute, but only if it is not part of a larger word. For example, consider the following sentence:

“A lot of pineapple images were posted on the app”.

In this case, we want to replace the word “app” with “board”. However, using a simple regular expression pattern will turn “apple” into “boardle”, and the final sentence would become:

“A lot of pineboardle images were posted on the app”.

Similarly, you can use\Bto match a non-word boundary. For example, you could use\Bto only match “app” when it is within another word, like “pineapple”.

You can use * to match the preceding expression 0 or more times. For example,/Ap*/will match A, Ap, App, Appp, and so on.

In a similar manner, you can use+to match the preceding expression 1 or more times. For example,/Ap+/will match Ap, App, Appp, and so on. The expression will not match the single A this time.

Sometimes, you only want to match a specific number of occurrences of a given pattern. In such cases, you should use the {n} character sequence, where n is a number. For instance,/Ap{2}/will match App but not Ap. It will also match the first two ‘p’s in Appp and leave the third one untouched.

You can use{n,}to match at least'n'occurrences of a given expression. This means that/Ap{2,}/will match App but not Ap. It will also match all the ‘p’s in Apppp and replace them with your replacement string.

You can also use {n,m} to specify a minimum and maximum number and limit the number of times the given expression should be matched. For example, /Ap{2,4}/ will match App, Appp, and Apppp. It will also match the first four ‘p’s in Apppppp and leave the rest of them untouched.

Using Parentheses to Remember Matches
So far, we have only replaced patterns with a constant string. For example, in the previous section, the replacement we used was always “Add”. Sometimes, you will have to look for a pattern match inside the given string and then replace it with a part of the pattern.

Let’s say you have to find a word with five or more letters in a string and then add an “s” at the end of the word. In such cases, you will not be able to use a constant string value as a replacement as the final value depends on the matching pattern itself.

This was a simple example, but you can use the same technique to keep more than one matching pattern in memory. The number of sub-patterns in the full match will be determined by the number of parentheses used.

Using Flags With Regular Expressions
As I mentioned in the introduction, one more important feature of regular expressions is the use of special flags to modify how a search is performed. The flags are optional, but you can use them to do things like making a search global or case-insensitive.

These are the four commonly used flags to change how JavaScript searches or replaces a string. 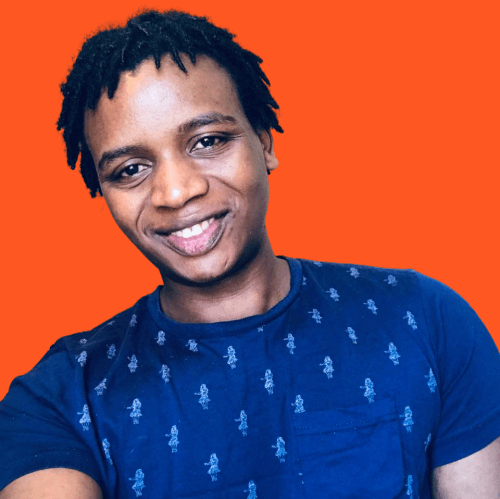 What's on this Page